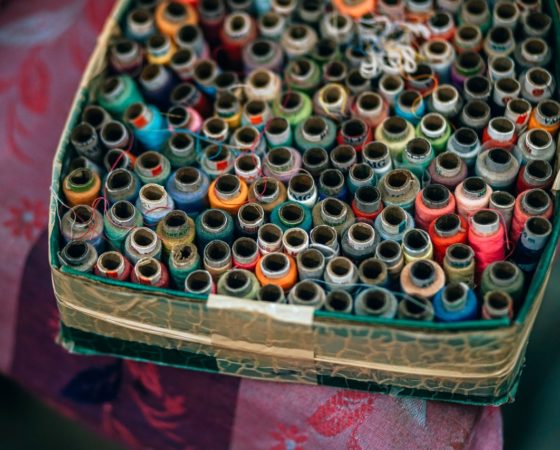 The envelope of cash arrived at the end of the week. A courier walked in with an A4-size brown envelope and handed it to Ellen. She felt it and knew instantly what it was.

“Oh my” Ellen gasped, unable to contain her surprise. Who would send a courier to hand over this amount of cash? It was obvious that these clients had more money than sense. She tried to contain her excitement by carefully signing the slip the courier handed her. He seemed completely unconcerned by her behaviour, and kept glancing at his watch as she took her time finding a black pen. Once he  left, Ellen locked the glass door that lead into her small and rather bland office. Her colleague only worked in the morning, and Ellen felt relieved that Bonita wasn’t in the office now, as she would ask what was in the parcel. Ellen folded the edges of the envelope around the bulge in the centre and pushed it deep into her purple handbag. A smile grew across her face as the excitement of her ‘naughty’ plan began to unfold.

With only a week to ensure that no. 12 Hillside Drive, Simon’s Town, was clean and ready for her clients, Ellen had to double check that the owners of the house weren’t planning on visiting their holiday home any time soon. She found them on Facebook and confirmed they were still very much in Denmark. To ensure there would be no ‘spur of the moment’ trips, she emailed the owners, detailing the dire water crisis of the Western Cape, and that buckets were used to flush toilets, and hand sanitiser was now the norm for hand washing. She was surprised when she received a response on the same day, telling her they were definitely not considering visiting any time and she was to go to the house and check the taps, and ensure none were leaking.

Everything was falling into place. Ellen visited no.12 and brought along her maid to give the apartment a once over. Emily dusted and made the beds, polished the tables and cleaned the salt-encrusted windows. Once clean, the view from the expansive windows was quite exquisite. The naval base lay sleepily below, and the blue ocean stretched out in various hues before her. The crisp mountains across False Bay framed the ocean. This new client, Ms Covent, must have seen an old picture on social media of this view and instantly fell in love. It made perfect sense to want to experience this view, especially if you lived inland, which Ellen assumed the Covent’s did.

The final 50% of the Covent’s cash payment was due in two day’s time, and sure enough, as promised, the same courier appeared with another envelope. Ellen was expecting the money this time, and felt more prepared for the courier. She took the opportunity to look the young man over. He was good looking, dark hair and eyes that moved around her office quickly taking everything in. She looked down to take the envelope from his hands and noticed paint stuck under his nails and splattered on his hands.

“Are you a painter too” she asked. Her voice jovial, curious to know if he was a struggling artist who needed to be a courier to make a living. She blinked at him through her purple glasses. He seemed surprised by her question and frowned at her. Ellen pointed to the paint on his hands in explanation,

“Um… ya… I do. Just for fun and stuff” he said, scratching at the paint drops on his hands. “Well that’s lovely. So important to have a creative outlet. Here you go” smiled Ellen as she handed back the signed form to the courier. He left instantly and she once again folded the brown envelope edges around the money and pushed it to the bottom of her bag. The first payment was already safely hidden in her sewing box at home.

Ellen had suggested she meet her clients at the house but Ms Covent had said they would only be arriving after ten pm in the evening. Ellen had given up meeting clients at houses at all times of night, years ago, and so on the afternoon the Covents were to arrive, Ellen bought a bunch of fresh proteas and placed them on the kitchen counter in a vase, along with a bottle of Chardonnay, and a welcome note . She’d explained the keys would be hidden under the small green cactus pot, to the left of the door. Driving away from no. 12, Ellen felt giddy. In just seven days, the Covents would leave no. 12, and no one would be the wiser, except for Ellen, who was now building a tidy nest egg in her sewing box.

This was first published in the Billboard Magazine in December 2018