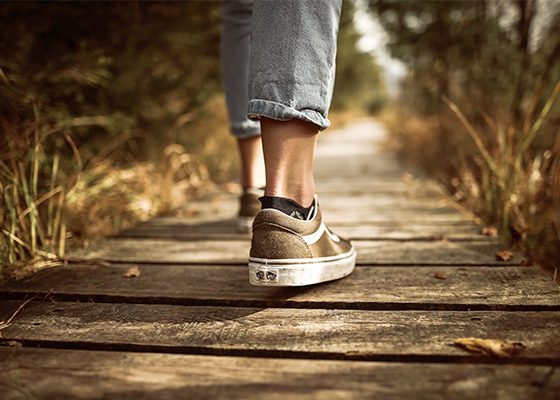 Break on through to the other side

I remember the first time I heard Jim Morrison singing “Break on through”, I was a sulky teen and my bestie and I had snuck into her older brother’s bedroom to listen to his way cool collection of music. His room was dingy and sacred, and we worked our way through his CD collection. Musical imposters. I remember sitting on the old bedroom carpet, staring at the CD cover, into Jim’s sultry bad-ass eyes, dreaming of kissing a boy like him, the music filling our young brains.

Only as an adult did I realise that the song was probably a reference to Jim’s LSD trips, and how it allowed him to break through to the other side. But that wasn’t where I was going with this train of thought. The reason I began to think about breaking through to the other side has more to do with, yes, the mind, but in relation to major shifts in one’s life. All major life events seem to the start off as a portal that opens up, and you either step through and start the journey across the bridge, to the other side, or you try and side step the portal, and it keeps popping up in front of you, forcing you to eventually face your stuff. For me the breakthroughs were marriage, having a child, and then another child (clearly I had to do it twice to get the message), leaving Johannesburg, undertaking a yoga teacher training course, and most recently turning 40. All of these portals opened, and some I waltzed through, and others I tried to dodge.. but they found me. I know for certain I didn’t like any of the bridges. Bridges can be long or short, you never really can tell. They can be very wobbly and tilt so you feel like you’re falling off the edge. They can slope up and they can slope down. The process of bridge crossing, therefore generally sucks, but has to be done, to get to the other side. In yoga, they would say, your response to the situation is the only thing that you can control, and that is where the work starts. Which is true, when you are on that bridge, trying to get to the other side, which is who knows where. Once you are on the bridge, you can shout at everything it throws at you, you could vomit over the edge from all the swaying. You could just give up and sit down and refuse to move, staying exactly where you are. Or maybe, you could take a deep breath, and slowly start to put one foot in front of the other and move forward, to wherever this bridge is taking you, because now you are on it, and hanging out on a swaying, slopey bridge for eternity is not really an option.

Perhaps my metaphor is a little far gone, but I hope you can relate to the essence of the journeys we all go through during the course of our lives, to get to the other side. To transition from a child to an adult, you must go over the teenager bridge. No body I know is proud of their teen selves, but that teen-creature you became allowed you to get to the adult side. And aren’t you grateful for that? Unless you are the Peter Pan type. Sometimes we are forced into personal growth, actually most times we are forced. Things like marriage and children are a force we seek, yet loss of a loved one or a broken heart are definitely not sought out. During my yoga course I learnt that personal growth is hastened when one is exposed to an unfortunate event. The rose-tinted glasses are ripped off your face, and the world and the people you thought you knew are less sparkly and less appealing. You are forced to relook at everything, and you do, you just can’t help it. Maybe nothing really changes, but you do, something in you changes, and so you step through the porthole and begin a new journey on a new bridge that will hopefully lead closer to you. The real you.

This process, of forced or unforced growth is something I aimed to convey in my novel ‘After you died…’. Each of the characters was forced to reevaluate their life, to a greater or lesser degree post the accident. They each work through the seven stages of grief, trying to navigate their new normal, making changes to their lives, to see their truth, perhaps unknowingly. At the end of the novel, there seems to be resolution, but many of the threads are left lose, as they are in life. Happy endings are for a time, until the next porthole opens up, and we climb through on our next journey. Change is the constant and breaking through to the other side is like getting to the next level of a video game. All you know is there are many more levels to go.